skip to main | skip to sidebar

Life drawing is something I did a fair amount of back in college, but I thought I needed a refresher and have been taking a life drawing class at El Camino, the local junior college. It's something I've never been very good at, but I've been trying to have some fun with it and trying to pick up whatever I can. 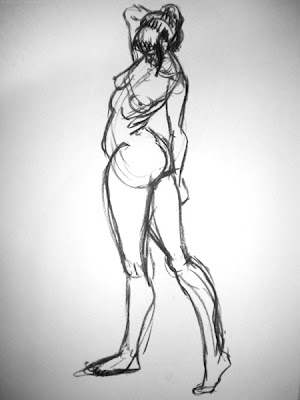 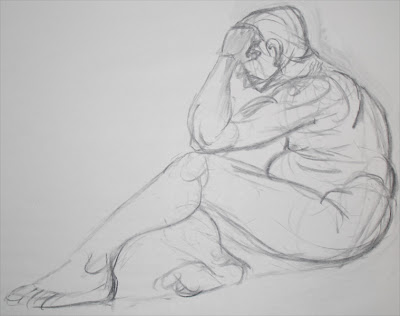 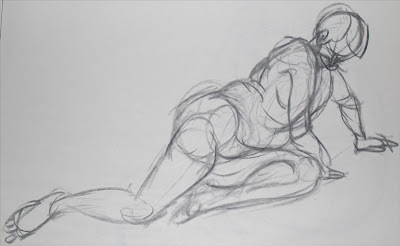 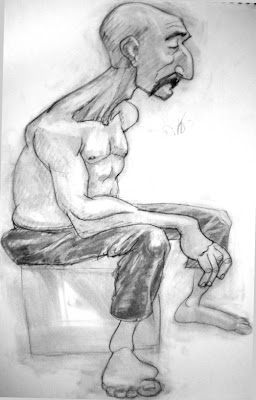 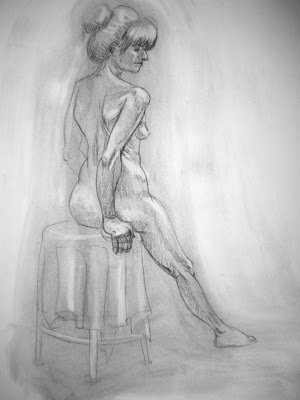 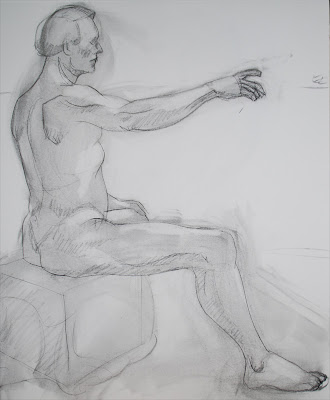 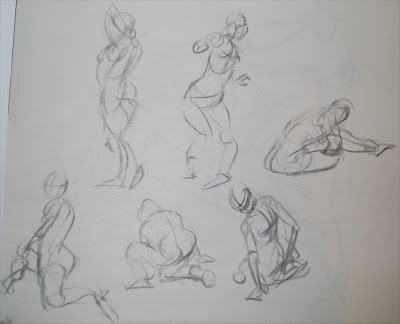 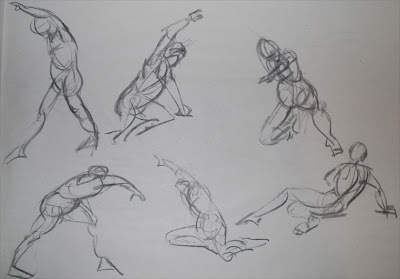 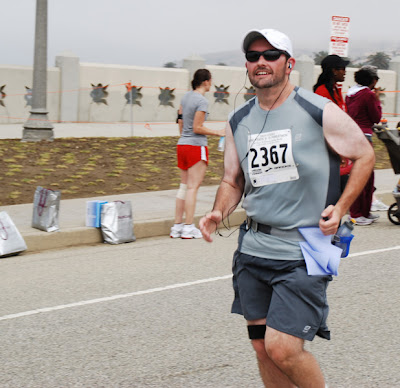 So I finished the PV half marathon today. It was my first and I was a bit nervous. Surprisingly, I didn't have much trouble with the uphill grades, but the downhills were rough on my joints. Here are my stats according to my ipod nike+ gadget.
Groomed by chia at 3:04 PM 7 comments:

Sorry, haven't been too motivated to keep the blogger up to date lately. I've been doing a lot of drawing, but nothing of particular interest that I felt like sharing. So here's some miscellaneous junk that's been sitting on my photobucket.

and the latest weightloss update.

I am officially old. I had a shared birthday party on January 17th (my actual birthday) with my cousin who is turned 18. We both enjoy playing the Guitar Hero World Tour so we decided on a rock club theme and there was a "battle of the bands". So for the event I made 2 rock inspired posters with each of us as a headliner.
Here is mine.

The band I was in wound up taking third place, but I think it was clear that we were number 1 in the hearts of the audience.


I don't sketch nearly enough and it shows. But I've been spending alotta time in meetings and other such places lately and I've been making an effort to bring my sketchbook with me. Here are the first few attempts at getting back into the swing of things. 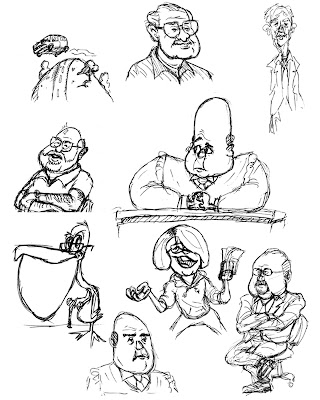 As for the ongoing weightloss battles, here is an update photo. On the left is me at my cousin's 21st birthday party a month or so ago and on the right is me in heavier days gone by. 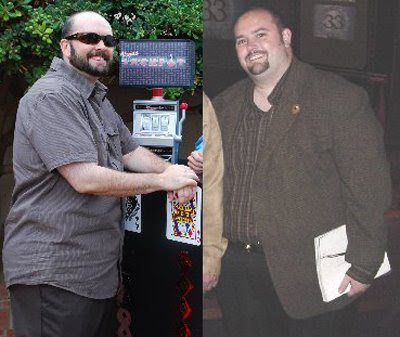 The Joke's on Me 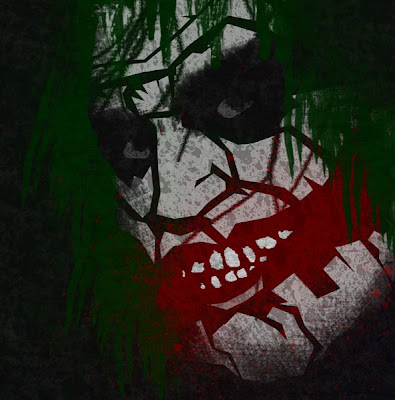 So I went to the Best Buy Dark Knight midnite sale this morning. I had already pre-ordered the DVD online for in store pick up so I wasn't worried about that. What I had gone to the midnite sale for was the Joker figurine and the freebie Joker card. Unfortunately, the store wasn't prepared for a mass influx of nerds and had received only 6 Joker figurines which quickly went to the first 6 people. Also, the particular Best Buy I went to (Torrance) didn't receive any of the freebie cards. So my midnite excursion was all for nothing. The Best Buy staff on hand was very courteous and apologetic, plus it's not their fault, so I sort of felt bad for them dealing with all us grumpy nerds. Just too bad whoever does the ordering for this store fell asleep at the wheel. The good news is, the Joker figurine is now available to order at the Best Buy website, so I should be getting one tomorrow in Hawthorne. Nerd!
Groomed by chia at 1:04 AM 2 comments:
Labels: best buy, comic book, comics, Dark Knight, exclusives, freebies, illustration, Joker, pop culture

Much to be thankful for

Recently I had the privilege to provide publication design for Antix Press' launch graphic novel Dr. Grave and the Unholy Twelve by Ed Clayton. It was a fun project and Ed & the guys at Antix were a great bunch of folks to work with. So please stop by your local comic book shop and pick it up or buy it here at Amazon because I would like to work for these guys again!
Here are a couple of pieces I contributed to but ultimately weren't added to the book. The first is a pinup drawing by Ed that I contributed some photoshop richness to. The second is a pin up contributed by Brian Churilla which I had added tones to. Unfortunately for me, they wound up just publishing the version with just his inks cause I would have loved to have been able to say that I worked on a Brian Churilla pinup. The last piece is a rejected chapter lead in I made. 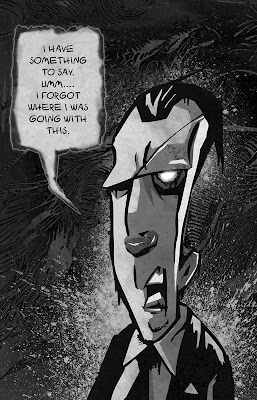 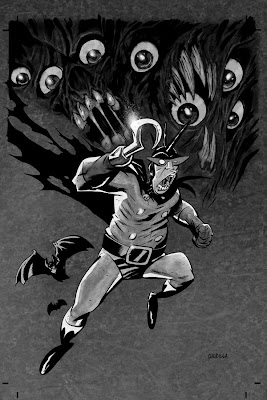 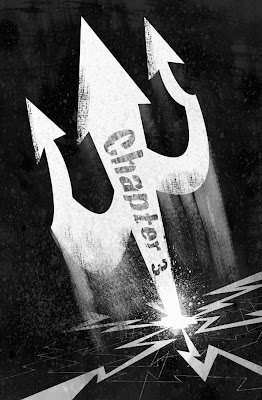 In other work, I designed the label for a brand new ice cream company. They asked specifically for it to be adorned with some dreaming cherubs so I made this for the label. 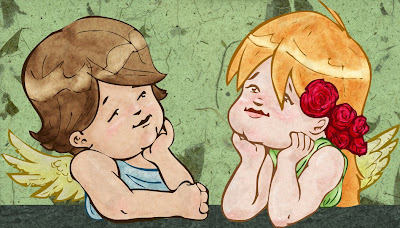 Unfortunately, they said they wanted something more mature. I wasn't sure how to make cherubs more mature so I put this sketch together. 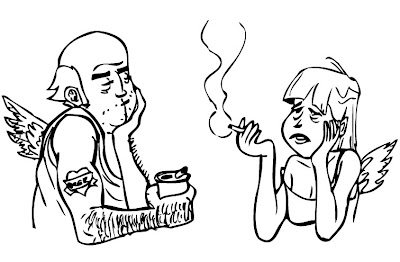 Apparently they didn't go for that either, but ultimately I was able to give a label they were happy with.
Lastly, earlier this week I broke a new milestone. I weighed in at 198lbs, breaking out of the 200s for the first time since I was in highschool. I still got alot I need to lose so now I need to figure out what my next goal is!
Groomed by chia at 1:14 PM 7 comments:
Older Posts Home
Subscribe to: Posts (Atom)

Chia has a mighty beard

Chinstraps (the thong of beards)